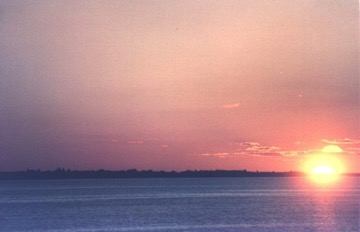 I don’t make a good circus-style fortune teller, with the big hoop earrings and mysterious accessories. It might make for good theatre, but I don’t like to make people think I have some special ‘gift’ that others do not and I don’t like to stand on the people I am reading for to make myself seem more grand or mysterious.

Intuition isn’t mysterious. We see it in action all the time in the natural world. Animals see a lot and know a lot that we don’t seem to. We all know people who have dogs that know when their people are going to be home from work. Animals head for the hills when a tsunami draws near. In time we may be able to see the science behind these things. I just read an article about how scientists have found that bees respond to specific electrical signals of flowers. That could explain their mysterious ability to hone on on what they need. Scientists think that sperm whales may be calling each other by name. This is new to the scientific world but not new to those who have been with whales and studied them. Jane Goodall discovered a lot about chimps when she was in the forest with them that the science of that time couldn’t imagine to be accurate. But she lived with them. She knew.

So what do animals have that we do not? Access to a quiet state. The ability to be still and listen or sense what the world is telling them. I don’t know how much mental chatter and worry dogs or cows have in their minds, but I’d be willing to bet it’s a lot less than we do.

Intuition, gut feelings, psychic ability kicks in when we are at rest – when we aren’t thinking about anything in particular, when we least expect it. In the Spring, we may have an inner urge to tidy our workspace or move house. When waiting at a traffic light, we may have a sudden impulse to turn right instead of left. Before thought kicks in and we start to worry, plan, analyse and interpret, there is a small window where we are in communication with the world around us. It may bring a sudden thought of an old friend just before the phone rings. Guess who’s on the line?

As kids, we are drawn to stories that have talking animals. We may somehow know that there is some truth to this. But then our current societies and cultures ask us to turn away from that sort of thinking. Maybe we long for the type of connectedness that puts all of us – human and animal, plant and earth in this world together. Maybe we know it already is there – we’ve just moved too far away from it to hear.

In the end maybe the whole sphere of psychic stuff will be explained by science. Maybe we’ll be able to track the energy of thoughts into the past or future. Maybe we’ll know what pathways these transmissions take. It’s an exciting thought. It wouldn’t take away my job, though. There are those of us who focus on these things because of our interest in exploring them, just as there are those of us who love to work with numbers, or paint, or heal.

Intuition is not mysterious, but to be good at it, we need to learn to quiet our minds and rest in the stillness of not-knowing so we can hear what the world around us is saying to us.

The Next Pleasant Thing 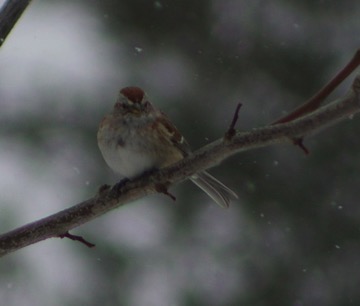 While walking back through the cold backyard to the house, I noticed how I was thinking ahead to that warm cup of coffee I would make when I got inside. The next pleasant thing.

Years ago, when I was a heavy smoker, the first thought that came into my head when I woke up each morning was that first cigarette. The next pleasant thing.

I stopped in the backyard to give it some thought.

I stopped thinking and looked around. It was barely dawn. I could hear Shadow, the golden retriever, barking on the farm next door. The sparrows were at the feeders; I could hear their voices quarrelling in descant harmony. The air felt cold on my cheeks. Snowflakes held their intricate shapes for a while on the sleeves of my fuzzy coat before they melted. In that moment, life was more than merely pleasant. It was a joy.

The anticipated pleasure of coffee still gave me a lift. But it was no longer occupying my attention. My good cheer didn’t depend on it. The pleasure of right now eclipsed the next pleasant thing.

Revised slightly from the story published in February 2010 in my free monthly email newsletter, Starry Night. Sign up here.

The Burden of Should and Should-Not 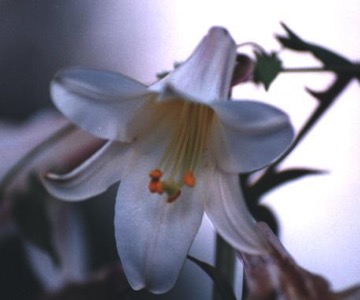 Today's Sunny Day included:
I see you choosing to move into calmer waters, leaving 'should' and 'should not' behind and listening instead to your wise inner voice. Never doubt your compassion, even when you have to follow your own path.

The visitation for June’s husband Jeff is today in another town. June is an acquaintance. I never met Jeff. I’m not sure about going, even though I care about her pain.

I'l see how the day plays out and do what works then.


I do a Sunny Day Reading for myself each day.
Subscribe Here.
Posted by Janet Dane at 8:59 AM 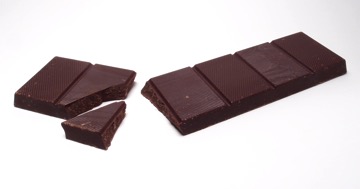 The more we deepen our spiritual practice, the more often we encounter paradox.

A common spiritual paradox is the paradox of surrender. To get what we want we have to be willing to move ahead quite happily without it. Yet how can we want it and not want it at the same time? When I was 9 I realized this principle but couldn't quite wrap my head around it. Here's that story:

Dad had a sweet tooth, so every now and then, he'd buy a family-sized chocolate bar on his way home from work to share with us. We didn't buy extras or snacks when we were kids so this was a real treat. There were 5 of us and the bar could be broken into 6 pieces, so one of the 5 of us got the extra piece. But it never seemed to be my turn. I argued, pleaded, tried whatever I could to sway Dad in my favour. It never worked. So finally, on this one day, I saw the extra piece, wanted it just as much as ever, but made a choice to move on happily without it. I remember wandering out the back door, and standing barefoot on the grass wondering what I'd do next, my 1/5th share melting slowly in my mouth. Not long afterwards, Dad came outside and handed me the 6th piece. This was an important moment. I knew this. I went over it in my mind, trying to make sense of it. "In order to get what you want, you have to stop wanting it." But, my 9 year old mind reasoned, "if you use this trick to get what you want then you haven't stopped wanting it have you?" Even though I knew I didn't fully understand, I promised myself I'd remember. It was important.

Paradox holds two contradicting truths together, and lets them both be true.

Here are other spiritual paradoxes we may encounter:

My nine-year-old self didn't mind that she didn't understand the chocolate paradox fully. She knew she was onto something important. When my current self meets up with paradox, I try to do the same. And the more I do, the more fun it becomes. Intellect doesn't like paradox much, but when I let intellectual impossibility rest in a deeper bowl, joy bubbles up.

At Ease With Myself 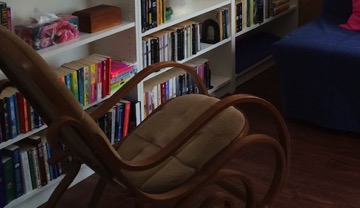 Today's Joyful Intention:
Today I'll be at ease with myself. My goodness is not in question.

This morning I was reflecting on a frustrating conversation I had with a friend yesterday. I let the conversation drift into an area that might be a bit of a minefield, and when I needed to back out of the conversation, I did it abruptly, which made my friend feel uncomfortable. I wished I'd handled it better.

Being at ease with myself admits that I make mistakes. Maybe there was a better way to handle the conversation but it wasn't in me yesterday. I'd be better to simply leave it behind. Let it go. Today's another day.


I do a Sunny Day Reading for myself each day. Each includes a Joyful Intention.
Subscribe Here.
Posted by Janet Dane at 8:36 AM