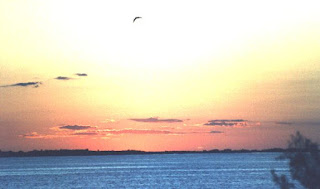 Things have been humming along pretty well. I'm feeling better than I have in months, with energy to take on more than usual. It's summertime and I am a summer girl. I love the warmth and sunshine and birds and flowers.
The trouble is that when things are humming along well, I take it as the default value.
Then when I wake up with a rash, or gain a couple of pounds, or have an argument with a loved one, or get a flat tire, it feels like an affront, a failure. I thought I'd finished with that rash 10 years ago. Now here it is again.
It all seems a bit worse than the normal ups and downs of life.
What I forget is that 'ups and downs' includes 'downs.' The default value needs to be up and down, summer and winter, gain and lose, joy and annoyance.
Posted by Janet Dane at 7:51 AM No comments:

Getting Along With the Neighbours 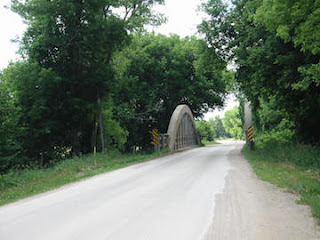 I live in an area that is rural, predominantly white, and predominantly conservative. I moved out here from busy and diverse Toronto decades ago, and found it a bit hard to fit in at first. I loved the quiet beauty of the countryside, but found the lack of diversity in the region unsettling. It felt like a closed community in which outsiders were viewed with some suspicion.

In this recent populist political climate, gossip, hatred and greed have been given a louder voice. Suddenly I didn't know how to be around Shirley. She sent a hate-filled email to everyone on her contacts list, something I'd never seen from her before. I was shocked. Had she always felt this way? Then there's Bill, who very subtly suggested to his granddaughter that she could have chosen a baby-doll with lighter skin. I'd known he felt this way, but I'd never seen him speak so openly about it. I was outraged.

So I sat down to think it through. Here's what I've been doing:

If I don't know what to say, I try to say nothing. Speaking too soon may just polarize opinion and rouse emotions.

I try to keep in mind that we have a lot more in common than the factors that divide us. The Dalai Lama: "Despite all of the things that differentiate us – race, language, religion, gender, wealth and so on – we are all equal concerning our fundamental humanity." And this is true in my experience. That can mean setting aside my disapproval of their actions and letting the present moment inform my actions when I'm with them. Which leads to the next thing ...

I've been shoring up my boundaries. I sent a note to Shirley asking her to check her facts before passing on emails and suggesting this kind of thing could incite hatred. If she does it again, I'll let her know I'm blocking her and I'll tell her why. When Bill moved from racist rhetoric to 'jokingly' tear the head off his granddaughter's baby-doll, I stopped him with a cautionary, "Don't you dare 'toy-story' that doll!" He looked up and made a move to go ahead anyhow. But I meant business. That wasn't just about my boundaries, it was a breach of his granddaughter's; she wasn't old enough to know that he is not entitled to behead the dolly she chose for herself - even if she loves him. By setting boundaries, we're standing up for who we feel we are, and for what we value - and not letting other people define that for us.

Change comes slowly to small communities, but in spite of the recent upsurge of voiced hate, greed and intolerance, after more than a century of sameness, an influx of new citizens has doubled the population, bringing new colour and music and religion and sport and food to the area. This is good news. We needed fresh blood.

As for me, I may not spend as much time with Shirley or Bill in the future, but you can bet I'll check out that new restaurant. I'm told the jerk chicken is delicious.

Posted by Janet Dane at 2:00 PM No comments:

Passive Media Making Slaves of Us All

It occurs to me that what facebook and instagram want are not the active users, but those who are passive - like flipping through a magazine without really caring what's there. I deleted Flipbook because it didn't want to serve me what I wanted to see but instead fed me stuff from its algorithms. The first time I opened FB's newsfeed it served me an ad about the Royal Family intended to denigrate. That's not an attractive product.

While something new might crop up in an algorithm that'd be interesting, it hasn't been worth my effort to dig and change settings, and jump through all the other hoops to see what I want rather than what these media outlets want me to see. The user experience is designed to demote me to passive user. I guess these types of media are made to provide the same kind of passive entertainment as someone'd get flipping through cable stations on TV with a remote.

They say we are not the product but clearly they serve other masters. Have we become the slaves of this new digital world?
Posted by Janet Dane at 12:26 PM No comments: