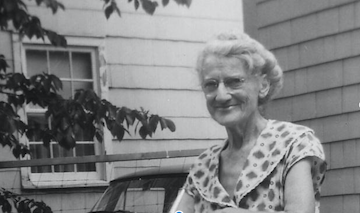 The word "recognize" comes from Latin: re: 'again' cognoscere: 'learn.' It is defined as "Identification of a thing or person from previous encounters or knowledge."

When my girl was in high school, one of her science teachers kept mixing her up with another classmate. I generally did not intervene in her schooling, but this time I had to do something. So I went to a "Meet the teacher" night with her. During the meeting I sat and discussed her work with the teacher in an open friendly manner, pointing often to her, and saying her name out loud often as I pointed. I was in effect teaching him who she was. Her name was a layer of information he hadn't picked up, so by providing him with the essence of who she was (her appearance, her work, her charm) and then layering her name on top of that, I hoped that recognition would follow. It did. That solved her identification problems in science class.

When my grandmother was old and forgetful, she didn't remember who I was. On one visit, she saw me and smiled broadly, "Now there's a familiar face." Even as I reminded her that I was Janet, one of Audrey's twins, the names and relationship to her vanished, but the sense of familiarity continued.

When we strip it back, we may recognize that essential me-ness of who we are, the way Gma recognized a kindred spirit.

If Gma had even lost that, she would have nothing to hold onto. All ego traces would be gone.

Eventually we all have to lose it. Ego doesn't want us to, but even that essential spark may have to be lost - back into the ocean of grace that brought us into being.

Then I wonder what we'd recognize.