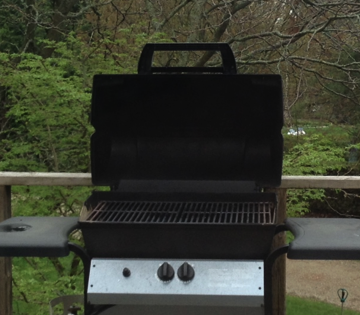 In her email to my group, the writer said, "I feel I need to correct a misperception. Just because it is cooked on a grill, it does not make it barbeque. To cook something on an open flame over direct heat is to grill. To barbeque is to cook something slowly over indirect heat, flavoring the food with smoke." At first, I wondered if she was joking, but no, she's a Certified Barbeque Judge from the southern USA.

What makes us need to correct other people when we believe they're wrong?

Sarah, who is gay, corrects people to 'educate' them. Her barely suppressed anger covers her hurt feelings, her vulnerability, and her need for acceptance.

Harry corrects people to bolster his self-esteem. He may even think it's his ideas we must agree with, but he just wants his beliefs and ideas to count for something.

After Sharon insisted that the documents we needed for the lawyer were in my possession, and I knew they were in hers, our conflict was about more than simply who was right, it was about how we perceived ourselves, each of us seeing ourselves as well-organized and efficient.

We need to be right to maintain our grip onto self-identity, personal or cultural. The barbeque lady is a good example of cultural identity. That's how things are done in the 'south'.

The I'm-right, No-I'm-right, kind of conflict doesn't produce any winners, though.

After I got off the phone with Sharon, I rushed to my notes to see who was right about the documents. I was. Yes! That felt gratifying, but only for a second. My conviction that I was right ran deep. But she was just as convinced that she was right. My ego may have been gratified by being right, but at what cost to hers?

Being right didn't make me happy.

After that, I changed my mantra to "Do I want to be right or happy?"

It was a good next step. It made room for me to choose not to get caught up in an unnecessary conflict. Yet, it didn't go far enough. If I smiled graciously and let them 'continue to deceive themselves,' my need to be right meant I was still caught up in ego gratification.

Too often we mix facts and beliefs, forgetting that just as beliefs can and do change over time, facts can too. Galileo. Need I say more?

And each of us from our own unique perspective, conditioning and experience is bound to see things differently from others. Someone who is colour-blind will not see yellow the same way I do. There's a good chance nobody sees yellow quite the same as I do, even though the variations may be small.

So what can I do when beliefs conflict?

It helps to eliminate all ideas of right or wrong: Right or wrong? There's no such thing. Whatever the belief they have, it's theirs. They came to this belief through a lot of living. They earned every bit of their belief. It's as true to them as my beliefs are to me.

Let it be a bit uncomfortable: Lack of resolution can be uncomfortable. Ego doesn't like that. And ego likes to be right.

Choose how much I want to become embroiled in conflict: If it turns into a conflict, know that I can withdraw at any time. I am entitled. If I long to jump in and persuade, then it's my own ego trying to take control.

Do I want to be right or happy? It doesn't matter. By getting ego out of the picture, right and wrong dissolve into the flow of life.

A link to an XKCD toon about being right.