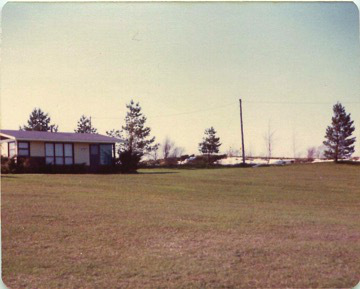 We took this pic during May 1976, when after a late winter storm there were still a few patches of snow. We bought the cottage on June 10, 1976. 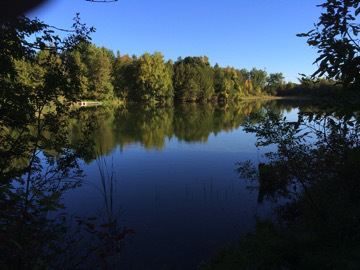 From the house we could see the spring fed ponds, where we could fish and swim. 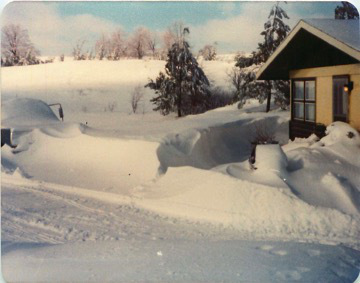 We could see about 1 km south, down Centre Rd. I would watch for the headlights of the boys coming home when the weather was bad. 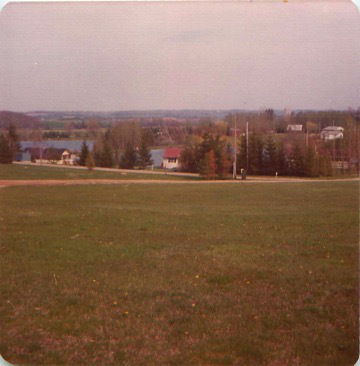 We could see Violet Hill beyond the Boyne River valley about 15 km south-east. 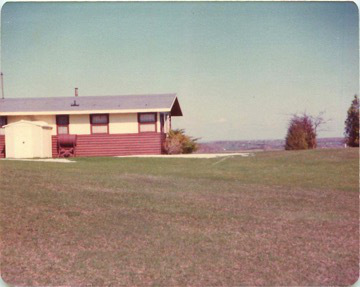 And we could see all the way across to highway 400 to the east, about 40 km away. 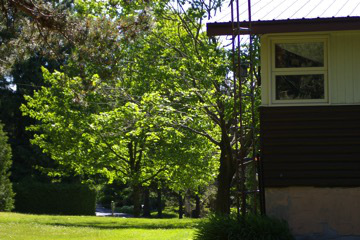 Since then, houses have sprung up around us, small trees have become tall, and saplings I planted have grown up. What we lost in view, we gained in privacy.
That’s my office window you can see there in the above picture. First the office was down in the basement, then it moved to the back bedroom, then it moved back to the basement, and now it’s upstairs again. I hung a birdhouse from the TV tower right outside the window and have seen wren families settle in and raise their young in it as we have here. 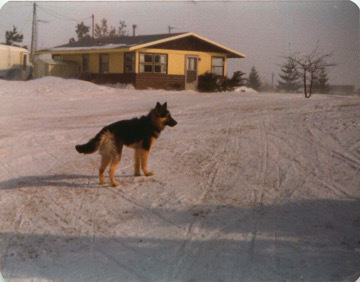 It was a cottage in 1976, and needed work to make it liveable through the first winter. It still feels like a cottage and still needs work. That’s Shelly. She’s been gone since 1988 and I still sometimes dream of her. 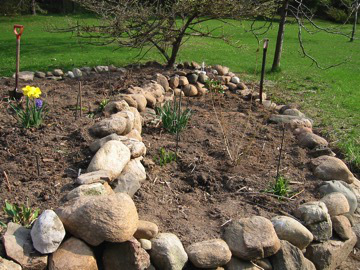 I’ve put in gardens and moved them when our needs changed. My favourite part was setting the rocks in place. I love rolling rocks. 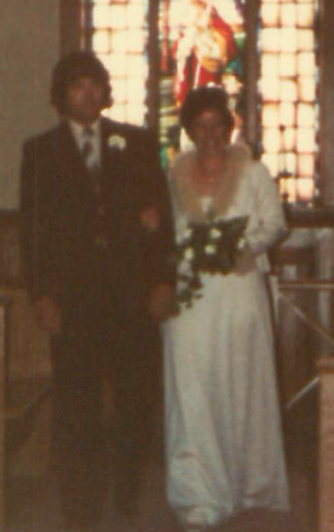 Three years after we moved in, we got married in the little church up the road. 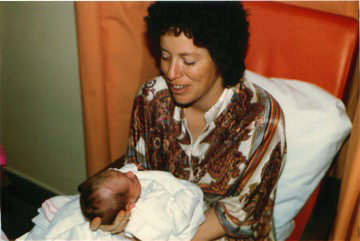 Eight years after we moved in we welcomed our daughter, and raised her in this house. 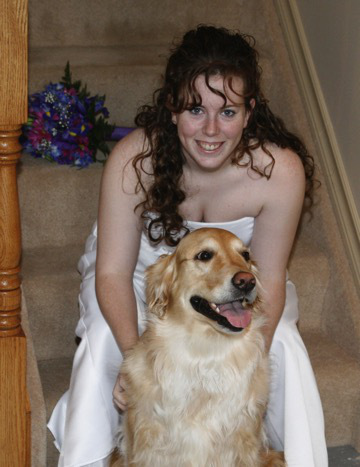 Twenty-nine years after we moved in, we saw our daughter off to her own wedding. After the wedding she kicked off her heels and said hello to her in-law’s dog Kelsey. 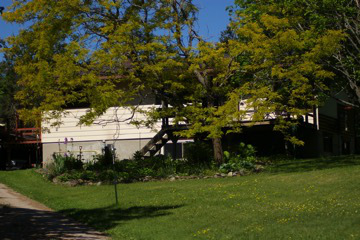 This little cottage has held us safely for 40 years. I guess I’m feeling nostalgic.
Posted by Janet Dane at 6:10 AM