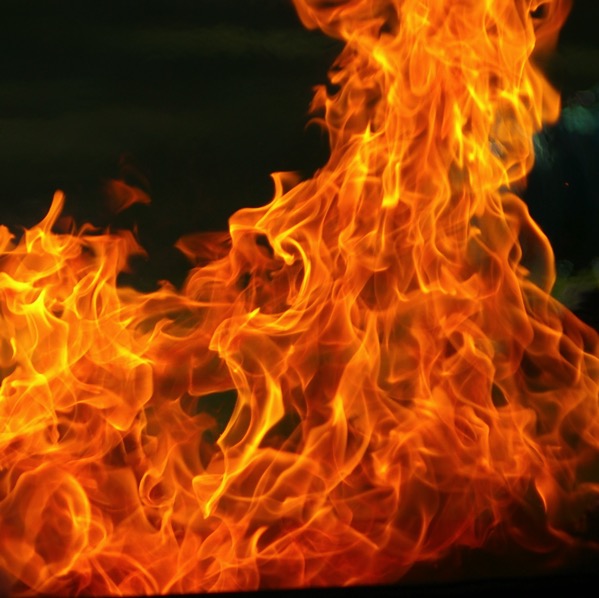 When I first started using computers and communicating with strangers via bulletin boards (early 90′s) disagreements often flashed up into total flame wars. I found it really seductive to get embroiled in the fight – after all I had a valid point, too. After some time, I realized that the flame wars really juiced me up and it felt great to get all that juice going without the counterbalance of real danger to temper it. It was a little habit-forming.

After some time, I realized that many of those who started flame wars or who liked to get caught up in them wanted the fight. Wanted to fight. It wasn’t about the original topic, or the even the validity of anyone’s opinion. It had nothing to do with understanding. It was about the juice of battle.

In the midst of one particularly juicy battle, I decided to stop being a part of the conversation. I stayed back and watched the conversation from my safe distant position. It was tough to sit back and let go of the battle but it was interesting to watch how eager my mind was to participate. I found the longer I lurked, the less likely I was to get embroiled. Yet I was still participating just by watching. I was still caught up in the fight. So I did the next hard thing and stopped paying attention to it altogether.

In groups offline, I started to see the same dynamic at work. A distant relative would start a conversation with a controversial topic. I think he hoped that people would take his side and that the family consensus would create a common enemy. He often did manage to get most of the group to feed on this supposed injustice. But I was often the odd person out. I didn’t agree with the majority and would wade in, thinking that they were looking for understanding. Then the pack would turn on me. I discovered that the topic itself was unimportant. Understanding wasn’t what they wanted, maybe needed. They wanted to feed off the battle.

I’m better at spotting trolls online or offline now. They are experts at manipulation. Energy vampires. I’m not afraid to use the twit filter to avoid seeing their email. I’m not afraid of leaving the conversation or the room when something boils up at a meeting or gathering. I don’t have to apologize or explain myself. I can simply walk out the door and move on to something I find more enjoyable. They won’t like it, though. My daughter reminded me of a family get-together when she was a kid. The conversation turned into a bitch-fest that she and I wanted no part of. So we moved off to another corner of the room and started our own conversation. At one point, we found it so much fun, we laughed aloud. All the others stopped what they were saying and turned to us. Accusingly. We ruined their fun. Oh well.

Getting better at spotting this dynamic at work has helped my meditation practice, too. Thoughts can be just as seductive. In a meditation retreat I took a long time ago, I was in a prime spot in the back corner of the room, right near the sliding door. I could let in a bit of fresh air or close the door when things got too cold. But a woman nearby really wanted to be in charge of the patio door. For the first day of the retreat I got fully caught up in this battle of wills. It was juicy, entertaining, and occupied a lot of my thinking. The second day, I decided to drop out of the battle. I watched how my thinking still wanted to be caught up in the facts and opinions of it all, and how when I could no longer feed on the battle, I had to feed on my own inner resources. It was worth the effort. I had an unexpected moment of insight into this battle that brought up feelings of joy and peace that were much more compelling.

Well, that’s pretty much what meditation is all about: dropping opinion, redirecting thought, and trusting that we can unearth an inner richness that can sustain us as well as the battle. There’s no promise of a payoff that seems as immediately juicy, but it does pay off. Under the dirt, we may find gems of insight, perspective, shared laughter, and maybe even an unexpected moment of bliss. It can sustain us in a much more compelling way than any flame war.