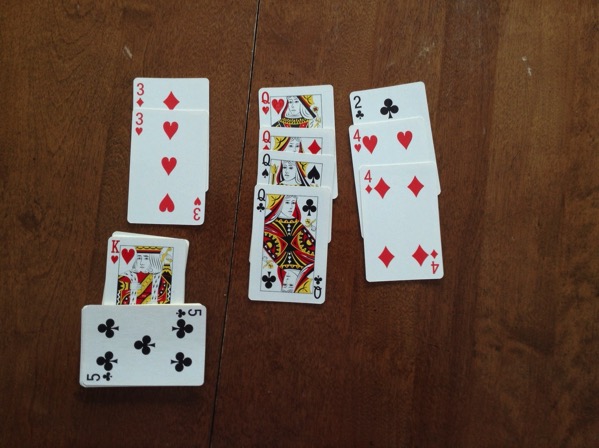 When I was a kid, I often beat my brother at Canasta. He took the game and the outcome very seriously. He played to win. What he didn't realize at the time was that while I enjoyed winning, I didn't mind losing either. I liked the fun of seeing what strategies may work one day and how the cards come out another.

Since he worried about the outcome, his approach to the game was short term. With his vision set on the win, he tightened his playing style, and let his intellect and skill be in charge. This may have helped his focus and determination but it also made his moves predictable. With my vision set more on the fun of pitting myself against a worthy opponent, I could think a bit more out of the box. He took risks at bad times, hoping for a change in fortune. I took risks when it was fun to take risks. Sometimes I'd play the whole game in an outrageously risky manner just to see how it might turn out.

I wonder what it might have been like if he had played the way I did, not to win or lose, but just to play? I bet there would have been more laughter - not the "HA! I won!" crow of zero-sum achievement but the silly, "Isn't this fun?" sort, the kind where everyone wins.