Just Not In Us 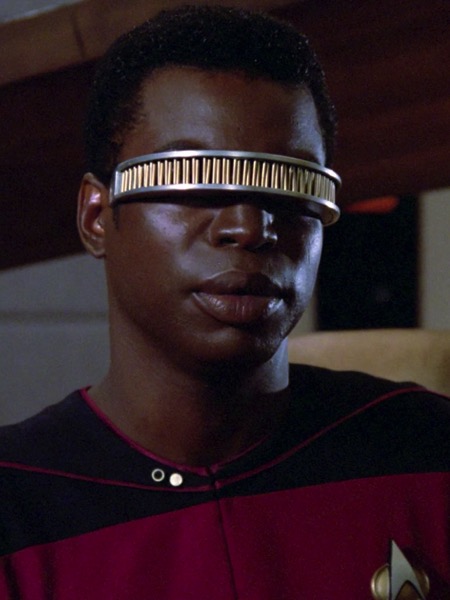 Years ago on a talk show on TV, they were exploring ways to lift themselves out of some sort of emotional jam. When asked, one woman from the studio audience stepped up and told the hostess she just couldn't do it. The TV hostess was the picture of rags to riches, the embodiment of hard work and willpower leading to success. And here in the audience was a woman who clearly wasn't ready to put this good advice into action. When pressed as to why, the woman gave a number of reasons. The hostess saw them as lame excuses and told the audience member that she wasn't really trying.

I didn't agree. There was no lack of effort here or even commitment. This woman who stood up wasn't making excuses, she was trying to explain that she just couldn't do it. She was hoping for answers and what she got was a dressing-down. The simple version is just pull yourself up by the bootstraps and do it. While that may be good for TV ratings, it may not work in the real world.

When I was taking physiotherapy after getting a new hip (it's still wonderful by the way), some of the joint-replacement people who were there along with me couldn't manage the schedule of exercises at home, and their results suffered. Those who weren't in the thick of it might think "If she just does her exercises, then she'll get the results." But it's not that simple. For the lady next to me with the new knee, it just wasn't in her. She didn't have whatever inner drive or circumstances or thinking patterns or beliefs or background or genetics or karma it would have taken to jump into the work at home. I can't know what it was, but I was next to her in the physiotherapy room, and no fault to her at all. It just wasn't in her.

A story that really helped me internalize this was a Star Trek story. Geordi and Beverly were in the cargo bay and had to put out a plasma fire without assistance from outside the room. The only viable solution was to hang onto something tightly, evacuate the air (and the O2 to feed the fire) into space and then once the rush of air-to-space was over, get to the other side of the room to a switch that would restore the atmosphere. They'd have to hold their breath and fight to stay conscious in the process. Beverly made it. Geordi collapsed along the way. So what made it possible for one and not the other? There was no lack of effort or commitment. No fault to either of them. No blame.

A client of mine was offered a chance to take a vacation with some relatives. They did all the work to make it happen, even to finding her a flight during the busiest time of year. They knew she had reasons for not going and did their best to eliminate each of those reasons so she could go. She wanted to go and found great pleasure at the idea of the trip, yet she just couldn't do it. For her, the trip was too much. And she felt terrible about letting them down. It just wasn't in her.

As for me, I saw the difference between 'not in me' and 'in me' right up close recently.

For some reason last month when the time changed from winter time to summer time, something inside me changed along with the clocks. I felt more cheerful. It was easier somehow to find the commitment to get onto the yoga mat first thing in the morning, when for the last year or so, I've had to push myself. Some might say I'd reached some sort of tipping point as a result of pushing myself day after day. But I'll tell you, that's just not the case. It wasn't just yoga. It was like a switch flipped inside me. I don't know why.

So here I am, instructed by my physiotherapist not to do any back twists or forward bends for the next week, not even to tie my shoes. And I want to get onto the yoga mat. If this was a month ago, I would have shrugged and felt relieved that I didn't have to push myself to get onto the mat. Now, it's different. I'm happy to substitute other postures for the ones I'm not to do this week. What is it in me that makes it seem a joy now? What made it so hard before this? Same person. Same amount of will power. Same understanding of consequences. Same respect for what I want to do. Same ability to focus on process and not end result.

What changed in me? I don't know. If I did, I'd bottle it up and sell it for a million bucks. It feels pretty good.

But I am really grateful for it. It makes it easier to look back on the Janet of 2 months ago and see her more tenderly. The upswing I feel right now is not an upward curve based on accomplishment or hard work or eliminating roadblocks one at a time, but a gift, one that is certain to change at some point ahead. When I find myself pushing to make life work in the future, I hope I remember this, and see my efforting self just as tenderly.

Sometimes, no matter how worthwhile, or how deep the desire, with no fault to us, whatever it takes is just not in us.